Once again, bicyclists have been left out.

This morning, the federal government released a traffic safety proposal that turns a blind eye to the rising number of bicyclist and pedestrians deaths.


Last week, 700 participants at the National Bike Summit visited their members of Congress and asked them to sign on to the Bicycle and Pedestrian Safety Act. This critical bill would require the U.S. Department of Transportation establish a specific target to improve the safety of bicyclists and pedestrians. Months ago, we mobilized bicyclists behind this bill because we knew DOT was unlikely to do this on their own.

Today, unfortunately, we were proven right.

The DOT just issued a proposed national traffic safety goal that doesn't include a specific target or goal for reducing the number of bicyclists and pedestrians killed on our roadways.
We know that without a specific target to focus the attention of state DOTs and USDOT on reducing bicyclist and pedestrian deaths within the overall number -- we get lost in the shuffle. At a time when cities like New York and San Francisco are adopting bold targets like Vision Zero, we believe the federal government should be expecting the same thing of themselves and state transportation agencies.

Please ask your members of Congress to sign on to the Bicycle and Pedestrian Safety Act: HR 3494 / S 1708. If you just attended the National Bike Summit, it's the perfect excuse to follow up your meeting with a "Thank you" and a reminder of your request. If you weren't at the Summit, it's a great way to make your voice heard on this important issue.
Next week, we'll ask for your help in responding directly to the DOT's proposed safety target. Today, please join us in making sure your member of Congress supports a national goal to reduce the number of bicyclists and pedestrians injured and killed on our roads.

Did you know there is a bike and pedestrian counter along Broadway Avenue? There is, thanks to CDOT and the City of Grand Junction.  It has been tallying riders and walkers on the off-street trail since June 19, 2013.  Those road-warriors and MTBers headed eastbound on Broadway are not included in the count (-but you still count to Grand Valley Bikes!!).  Check out the information below for the month of February and I'll post monthly updates.
Enjoy the Ride! 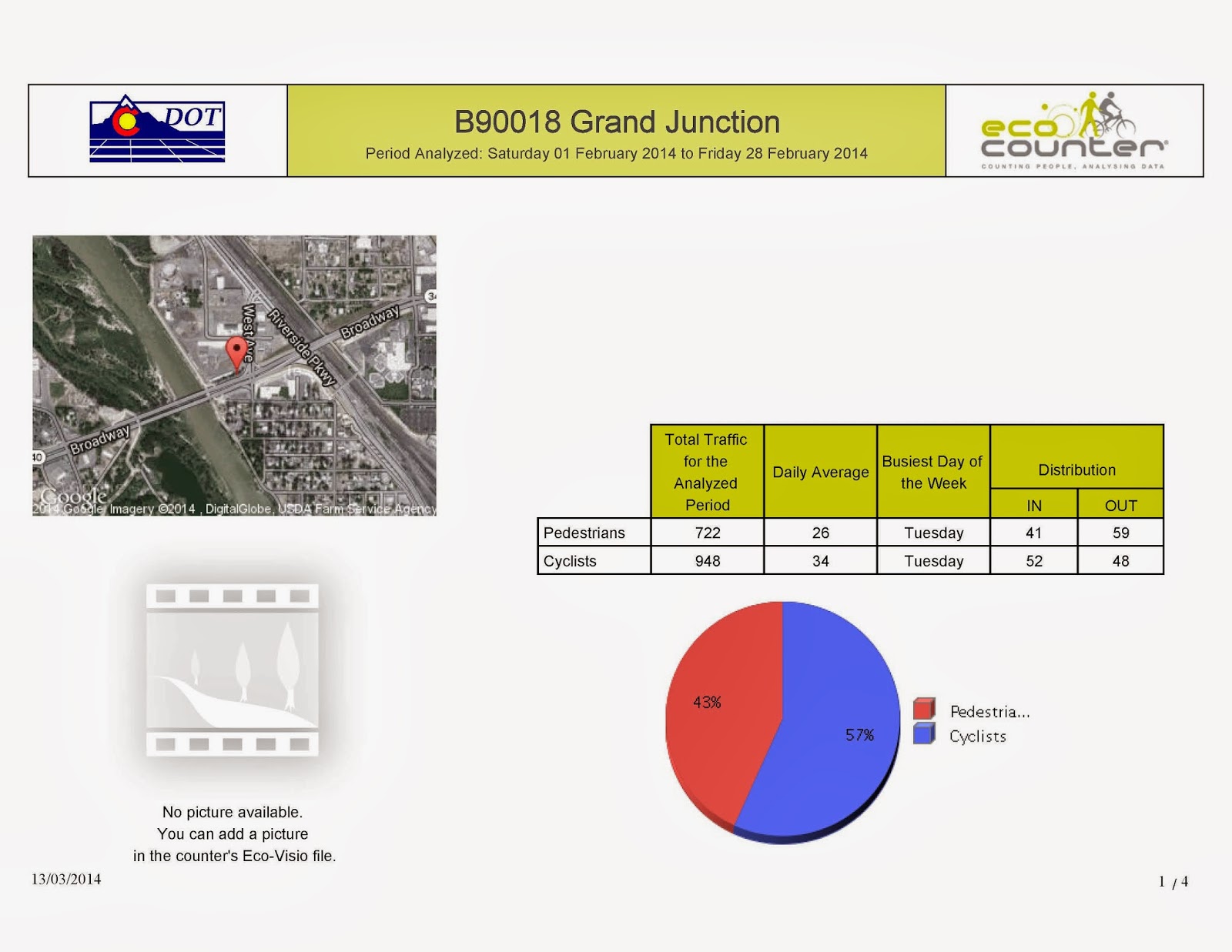 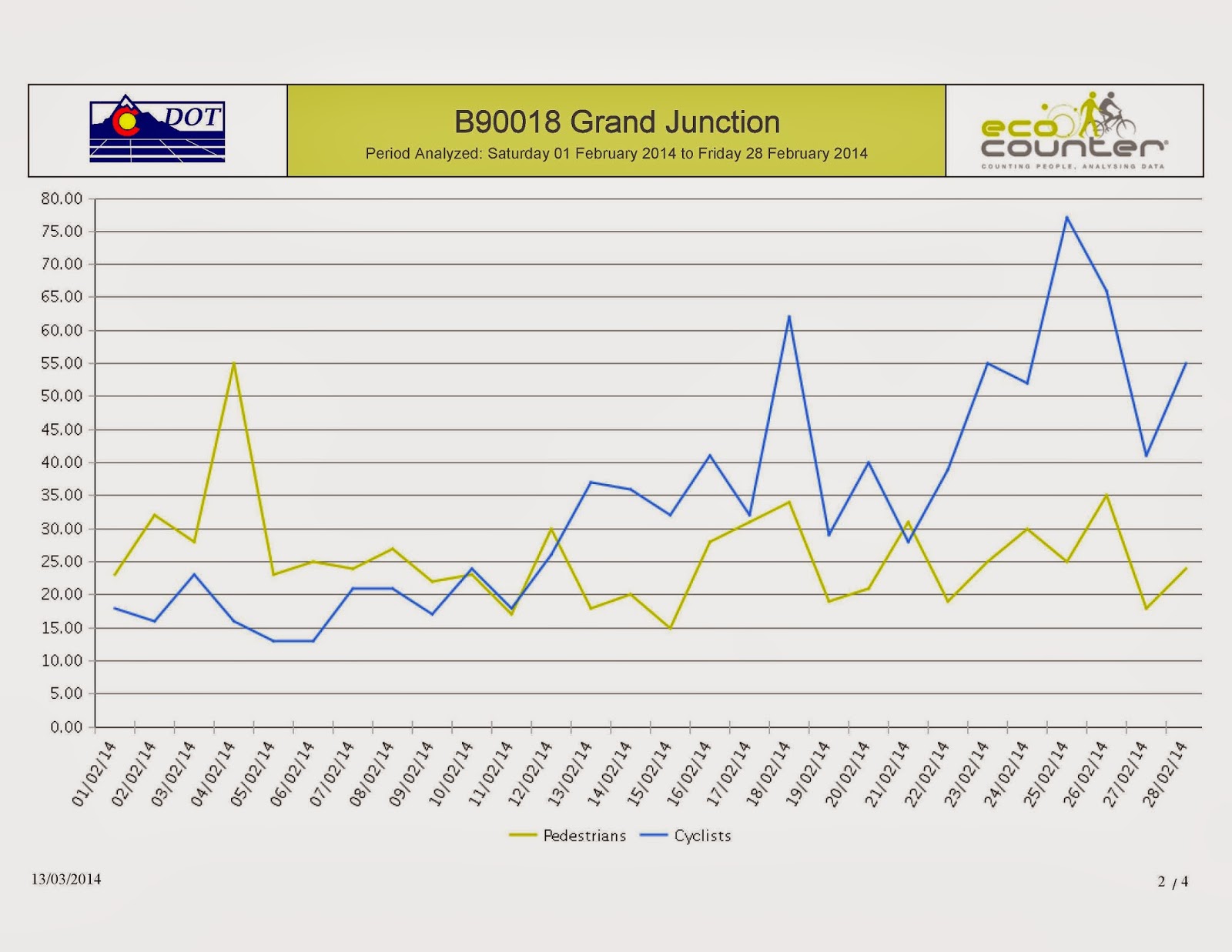 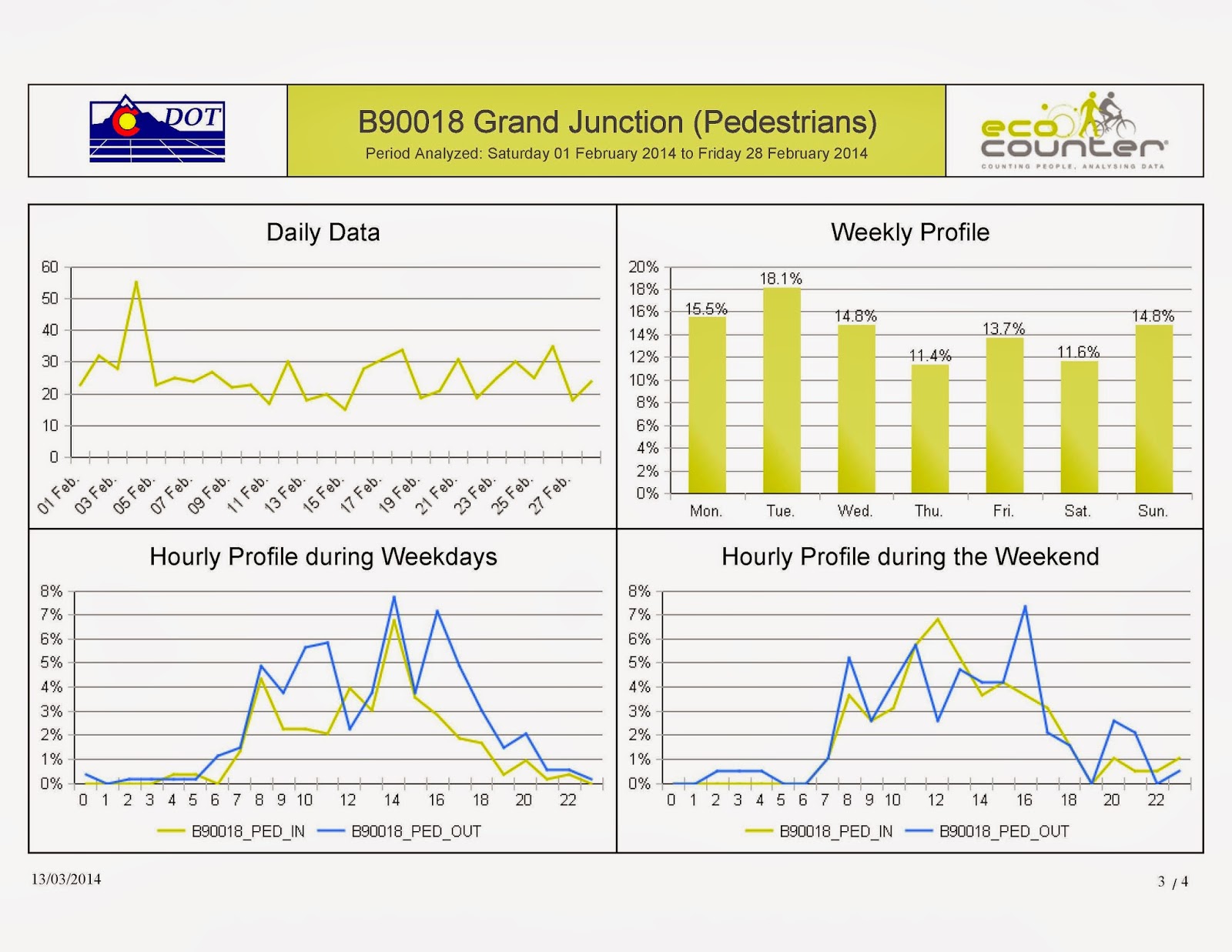 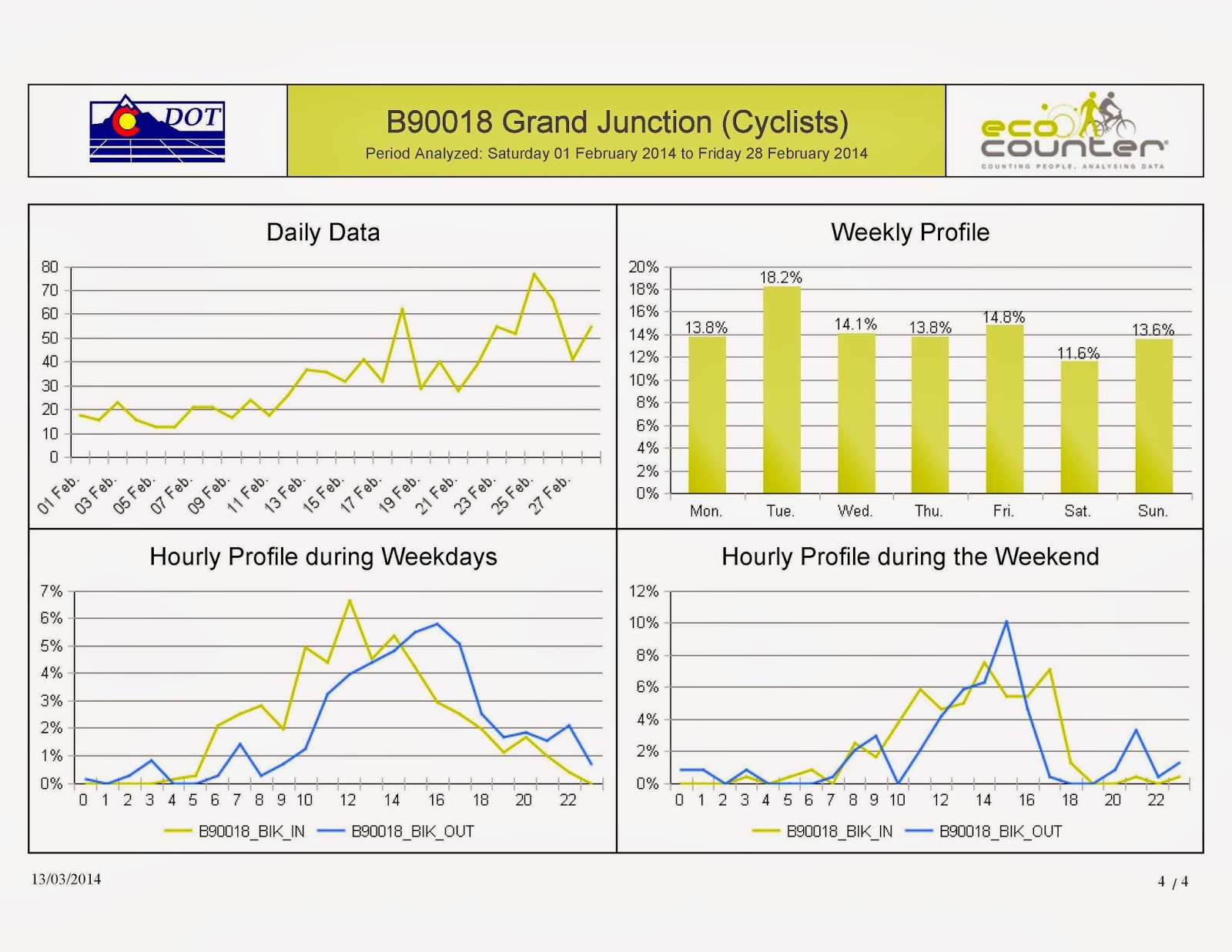 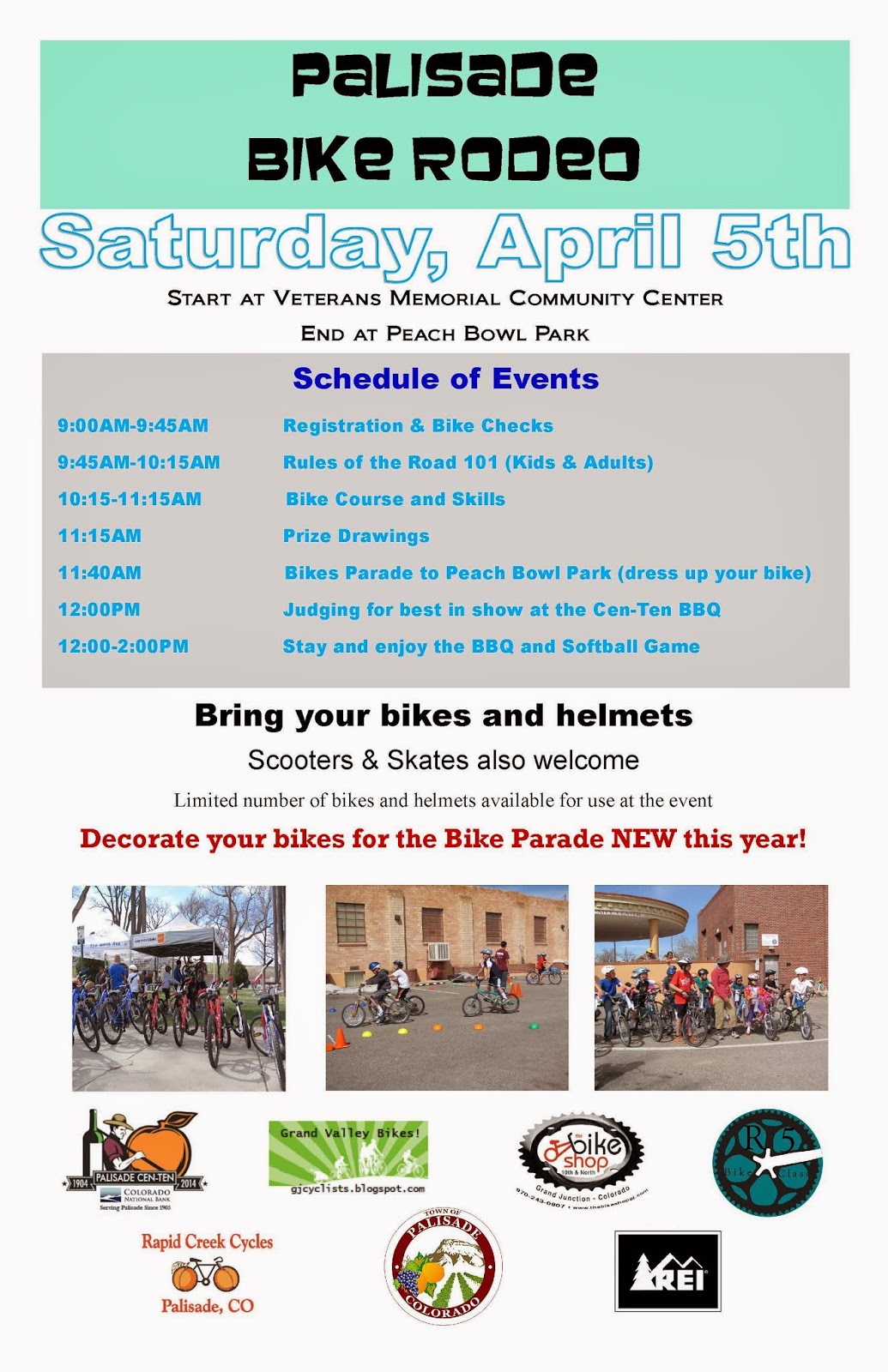 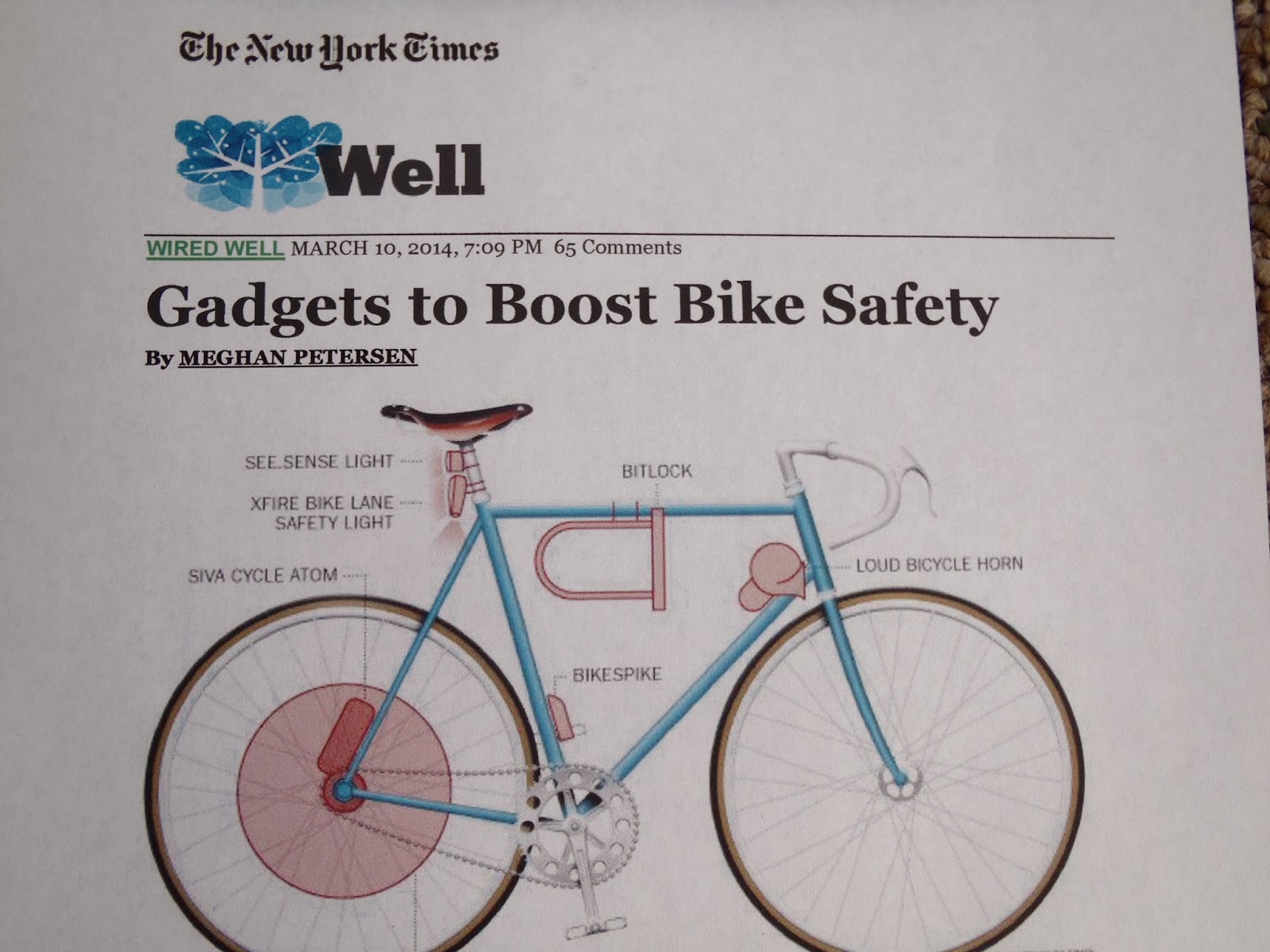